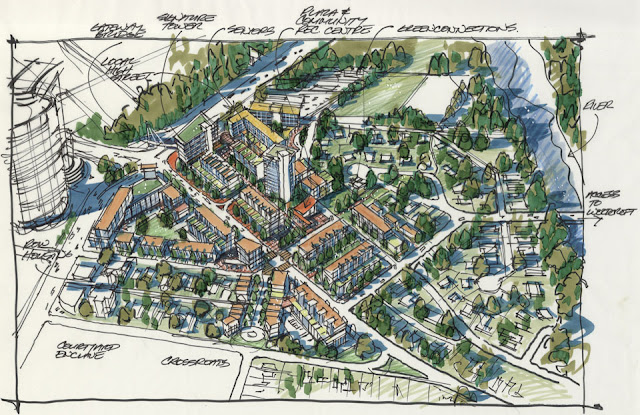 The "Crossroads" design option was determined to be the most attractive to area residents as it combined medium density development with amenities such as improved streetscapes, trails and connectivity, community centre and open public space.  Under  this concept  are range of 'transition" infill housing is contemplates, merging the higher density developments into the existing single family home areas of Capilano Gateway.

The limited (approx. 50,000 sq. ft.) commercial space incorporated into this design would be aimed at servicing the local resident population and creating a 'heart" to the community that enhances social interaction and connection to neighbourhood trails and walking paths. 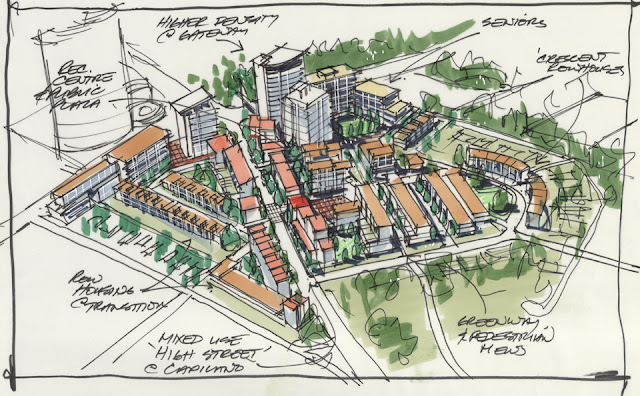 The "High Street' concept envisions high rise density within the former Capwest site and more height and commercial space along Capilano Road.  By building higher, additional open space is obtainable within the development as the building footprint occupies less ground.  As with the Crossroads option, improved and dedicated transit opportunities help to lower overall auto use. 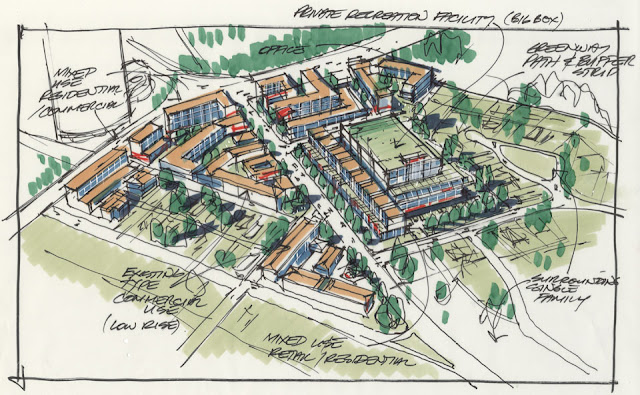 Formerly called the "Do Nothing" option, this design concept illustrates what could be built on the former Capwest site under existing zoning (C5 & C9) today.  The example is misleading in that the C5 zoning does not represent an economically viable development model.  For this reason, this design option should more aptly be titled "Nothing Gets Done" as the economics of a private commercial recreational development are not viable given the market conditions.

The lack of viable development opportunity for the C5 zoning means that development for adjacent properties is negatively impacted, hindering high quality overall development proposals for the entire community.  This option would require additional auto traffic be accommodated to make the commercial developments viable as there would not be sufficient local resident density to support the commercial retail space.
Posted by Email us at 13:01